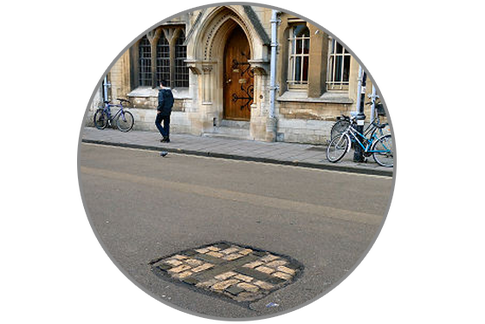 Marking on the street where Hugh Latimer and Nicholas Ridley were martyred in Oxford, England